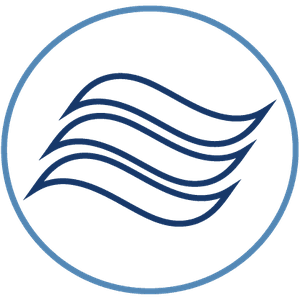 Say hello to the leadership team at Riverside Community Church

Got questions for the leadership team at Riverside? Contact us at connect@connect2riverside.com John Hinkebein has been at Riverside since 2006. John has served in the student ministry, as the community pastor and now is the lead pastor. John is married to his wife Christi and they have two girls, Rhyan(9) and Maggie(6). John loves to fish, run and play with his girls. Linda Marceau has served at Riverside as the Associate Pastor for the last 6 years and currently oversees Spiritual Formation. Linda and Randy have been married for 38 years, have 3 married children and 2 grandchildren, and were a part of the original Riverside planting team in 2004. Jason Carlettini joined the Riverside Community Church leadership team in 2015 as the Children’s Pastor. Currently, Jason serves as the Community Pastor and oversees all of our Family Ministries. He is married to Mindy, and they have three children in elementary and middle school. Jason received his Master’s from seminary in 2009 and is currently working on a Master’s of Counseling degree so that he can provide counseling services for families in the Bulverde/Spring Branch community. Adam Crowell has served in various worship ministries since 1996. He has served on Riverside’s staff since 2016. He has a love for comics and movies that he says "Helps me stay a child at heart." Adam has been married to his wife, Faye, for 9 years and they have one son, Benjamin. David Holguin joined Riverside’s staff in 2019. He has been a part of various worship ministries over the past 13 years, and is passionate about inviting others to cultivate a deep lifestyle of worship to Jesus. He and his wife Emma have been married for almost 3 years, and have one son Elisha. Jason Bishop has served in Student Ministries for 8 years in Colorado and Texas, beginning as a small group leader. Most of those years have been spent serving alongside his wife, Ronna. They have been married for 11 years, and have three kids in both elementary and middle school. He has his B.A. in Pastoral Ministries and Theology, and enjoys cooking, Marvel movies, attempting to play golf, and spending time with his family! Haley Watson joined Riverside’s staff in 2020. She has served in children’s ministry for over six years, and is passionate about kids and families. Her desire is to create a place for kids to be known and loved as they come to know and love God. She’s currently finishing up her degree in Social Services, and hopes to use it to serve families within the community. Teresa Moore came to Riverside in 2004 after a neighbor invited her to attend. It was here that she heard the Lord say, “this is where you can serve Me." Teresa currently oversees the Women’s and Connections Ministries. She and her husband, Wes, have been married for 30 years and have 3 amazing sons. Teresa loves to relax at the lake and encourage others to live out the fullest versions of themselves. Sarah Wilkerson has attended riverside for around 12 years and currently oversees the Women’s Ministry and Prayer Ministry. She is married to Brock Wilkerson, and they have four daughters and one granddaughter. Michele Woodman has been at Riverside Community Church since 2007. Michele has served in all aspects of local outreach as well as teams in Hungary, Poland and Uganda. She currently oversees Local and Global Outreach. Michele is married to Craigg and they have two amazing boys, Hunter (15) and Luke (10). She loves the beach, traveling and movie nights with her family. Al Castillo is a retired Air Force Veteran of 20 years. He moved back to San Antonio in 2011. Al and his wife Belinda and their son Jack have attended Riverside since 2014.

Jen Taylor and her family started coming to Riverside by the invitation of a neighbor 13 years ago, which was the best invitation she ever received. 2 years later, she found herself serving with the gift God placed in her…all things financial. Jen has been married to Blake for 20 years, and spends most of her time watching her 2 teenage boys play baseball. Jay Sanchez has been at Riverside since 2008. Jay has served as a volunteer leader through the student ministry and Young Life and is now the Manager of the Loft Coffee House. Jay loves sitting down and having coffee with friends (not just part of the job) and spending time with his nephew. Melanie Freund has been at Riverside since 2011 by an invitation from her now husband, Joshua Freund. She grew up in Riverside Youth, has served in student ministry and on various mission trips, and now serves as the Nursery Director. Melanie is a full time teacher at Mountain Valley Elementary in Comal ISD. Melanie loves outdoor activities, hanging out with her community group, and traveling to new places.